Photo shows: Kura Jarso is blessing the bull to be sacrificed as celebration of his new power. Even though many Borana are christians and muslims, many still believe in Wakefata, their traditional God, who can bring back the rain.
©Eric lafforgue/Exclusivepix Media 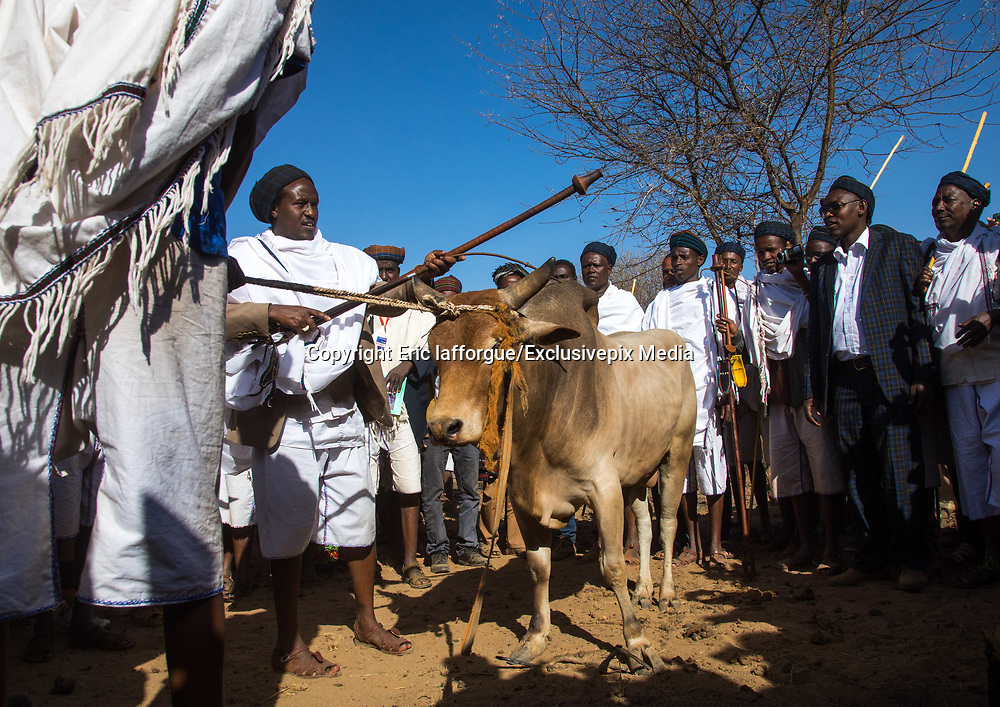