Nov 04, 2015 - South Africa - Four hyenas that brutally killed a juvenile buffalo at Kruger National Park in South Africa have been caught on camera. The footage shows how the predators slowly wear down the buffalo over a three-hour period.
Residents in the African Dream Horse Safari in the national park were woken up at 5am to noise of the hunt and Ryan Thomson was able to film the whole hunt.
At the beginning, the hyenas still approached the buffalo with caution, as he posed a threat with his large horns, but then the predators started to bite at the buffalo's hindquarters, drawing blood.
At one stage during the disturbing video, one of the hyenas leaped up and locked its jaws into the buffalo's rump while the poor buffalo attempted to shake the predator off. Managing to momentarily break free, the buffalo limps away and falls into the bushes, where the hyenas start feeding on the severely injured animal as it slowly dies. (Credit Image: © Exclusivepix Media) 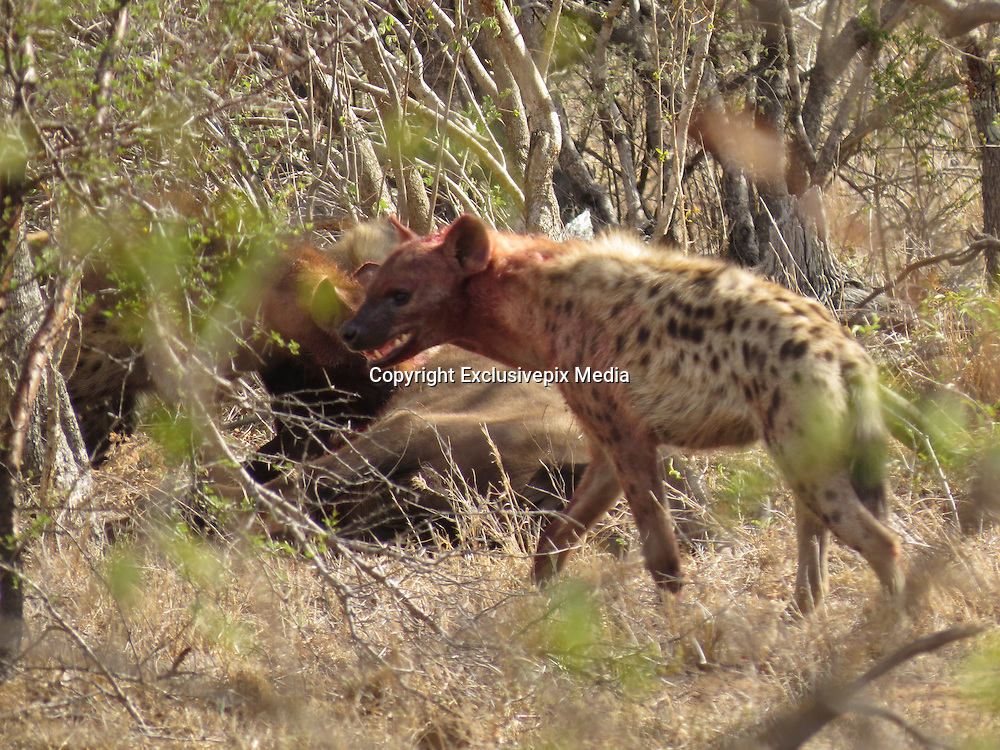