EXCLUSIVE
Queen Letizia has become the model par excellence of Spanish brand Mango to which many of the designs is confident that looks on important occasions. with the free time allowed by her official engagements, Her Majesty took the opportunity to renew her wardrobe for the next season by visiting one of its stores in the centre of the capital. No doubt that Letizia promote and publicise the Spanish firms. Everyone knows that her head designer is Felipe Varela, but also committed to low cost brands like Zara and Mango. Indeed, The Queen used her spare time to renew her wardrobe, visiting some places of some of the most emblematic streets of Madrid. She passed completely unnoticed by passersby who was on his way, she stopped at a traffic light and quietly crossed the crosswalk.
It displaying his simplicity always coupled with his innate elegance. She chose for the occasion a modern black coat that combined with a straight jeans, oversize boots laces and gray scarf to keep out the cold temperatures tones. It also sported sunglasses cat-eye style with the passing totally unnoticed. For shopping, she chose the Golden Mile, which are the most expensive shops zone in the city
©Exclusivepix Media 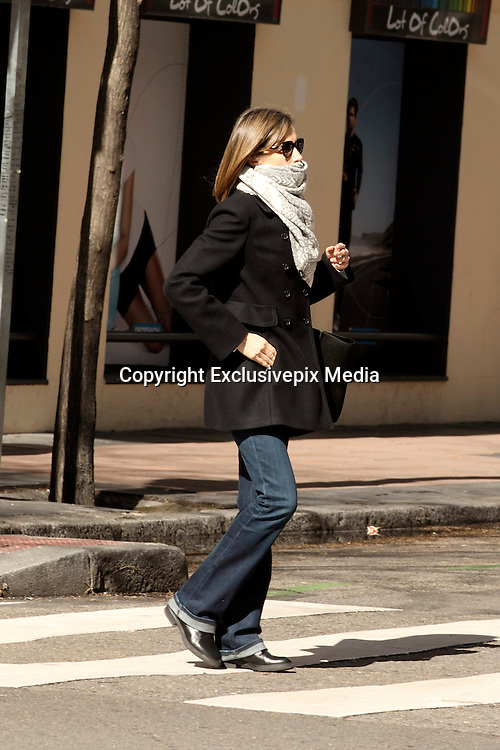