Photo shows: In the Borana tradition, there is a specific hierarchy for accessing the water: priority is given to the horses, then the calfs, then women, then cows, and finally the camels. Goats and sheep get access to the water anytime. But with the drought, everybody rushes to any point of water.
©Eric lafforgue/Exclusivepix Media 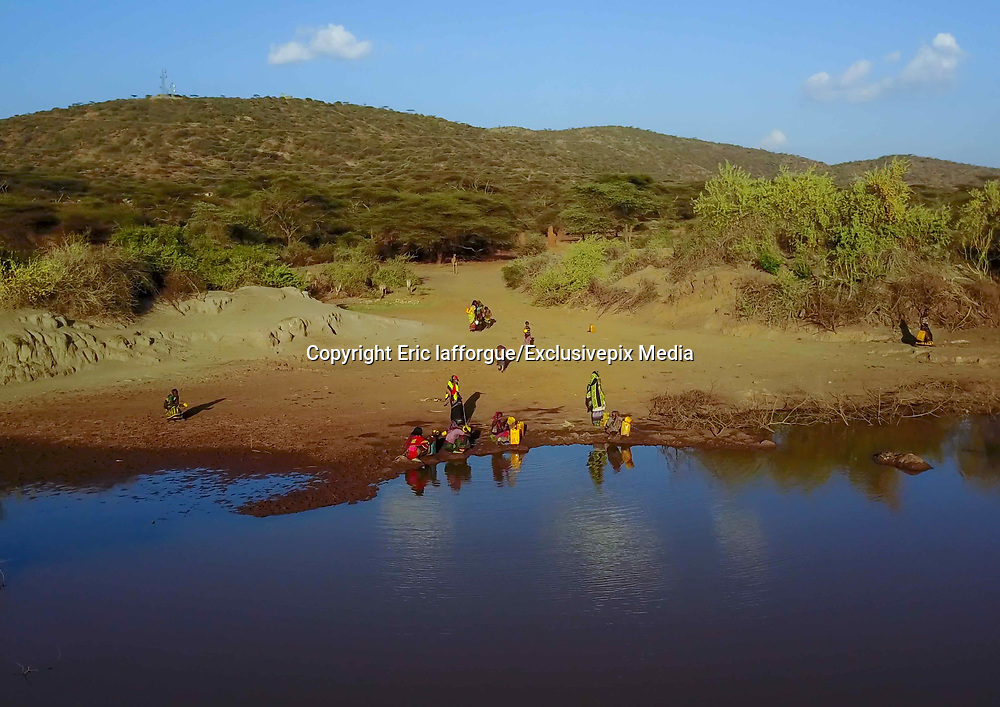