I'm in wheely big trouble: Moment a monster truck got stuck trying to take on a fire engine

I'm in wheely big trouble: Moment a monster truck got stuck trying to take on a fire engine

This is the moment a monster truck bit off a little more than it could chew trying to crush a full-sized fire engine.
Driver Lewis Cook, 45, was left red faced after his huge vehicle 'Crusher' failed to clear the obstacle during a freestyle car-crushing competition.
Instead of munching the stationary fire engine beneath its huge tyres, the £100,000 bright yellow truck ended up stranded on its rear end and suffered the indignity of having to be helped down with a crane.
Lewis, who runs a distribution company in East Sussex, had to sit helplessly as flammable liquid leaked on to the piping hot exhaust system.

He said: 'We were taking part in the freestyle event where drivers have 90 seconds to do whatever they want in front of the judging crowd - burnouts, donuts, those sorts of things.
'There was also a bus to smash over and the fire engine, which everyone was a bit sceptical about but I fired myself up and decided to go for it.

'I hit the fire engine perfectly but it was much harder than I imagined and it didn't 'give' so the next thing I find is that I'm completely vertical and there's nothing I can do about it.'
The truck, which has a 1,800bhp engine and tyres costing £8,000 a set, was stuck for six minutes as crowed watched with anticipation.
Emergency crews then strapped a chain around the front axle to prevent it falling on its roof before slowly pulling it backwards, successfully dislodging it.
The incident, the first of its kind in the UK, took place in front of 10,000 fans on Sunday at the Monster Truck Nationals at the Santa Pod Raceway in Northamptonshire.
Santa Pod, which has been entertaining petrol heads for 45 years, also hosts the FIA European Drag Racing Championships from September 8 to September 11.
©Exclusivepix 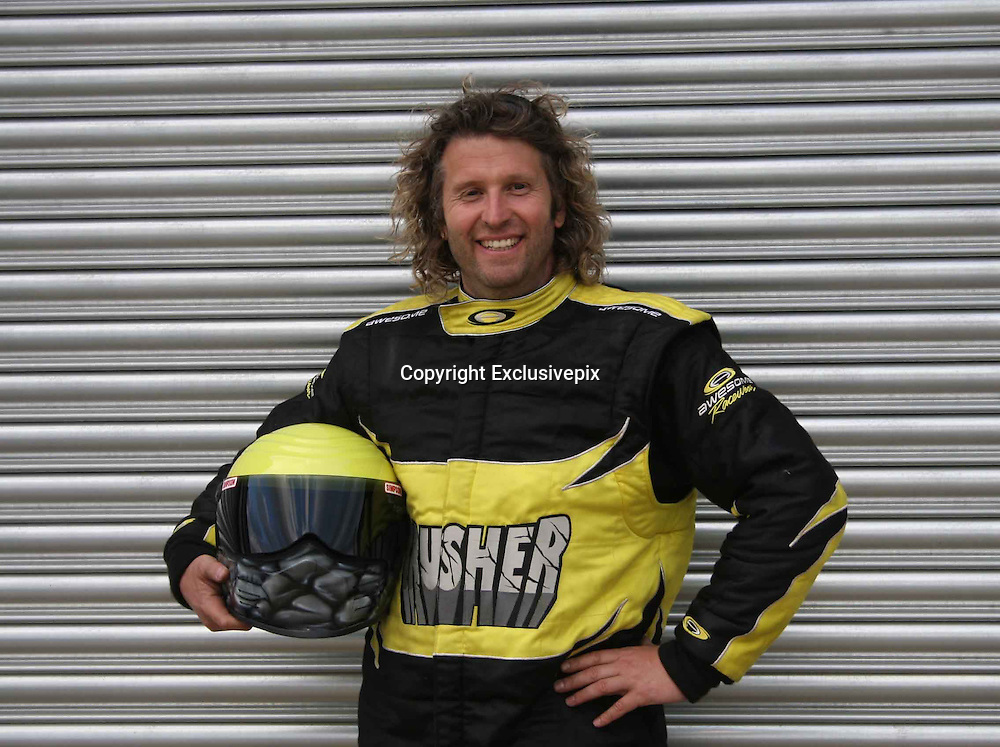