Extreme ironing
The English East Midlands City of Leicester has never been known as a place of excitement or danger. Yet, in 1997 the city, often thought of as a little dull - mundane perhaps - gave birth to an extreme sport that combines the dangerous and exciting with the dull and mundane: extreme ironing!  In years to come Leicester, famous for its fried chips topped with Red Leicester cheese, passionate football fans (the blue army) and nasal accent, will become better known for extreme ironing.  When mild mannered Phil returned home after a long day in the knitwear factory, the last thing he wanted to do was start on a pile of ironing. The sun was shining and Phil preferred the idea of an evening out pursuing his (somewhat unsuccessful) hobby of rock climbing. Then it occurred to him to combine these activities into an extreme sport - the result: extreme ironing.  Before long Phil recruited his housemate Paul and the pair took on the pseudonyms Steam and Spray, to avoid the ridicule of their peers. First practising moves in their pokey back garden, the pair went on to recruit further members and take extreme ironing as far afield as Wales and the Lake District in England. By 1998, the mood was right for a more mainstream recognition of the sport and extreme ironing moved from an underground (almost mystical)organisation and proclaimed itself as the ruling body of the now semi-official sport, known as the Extreme Ironing Bureau (EIB).  However take-up of extreme ironing was slow and founding member Spray found himself 'experimenting' with other extreme activities, most notably extreme hair styling and the pair went their separate ways.  In mid June 1999, Steam embarked on a worldwide recruitment campaign. Armed with a training iron, Steam toured America, Fiji, New Zealand, Australia and Southern Africa. A chance meeting in New Zealand with a party of thrill seeking Germans, led to the next stage of EIB's development - Extreme Ironing Internat 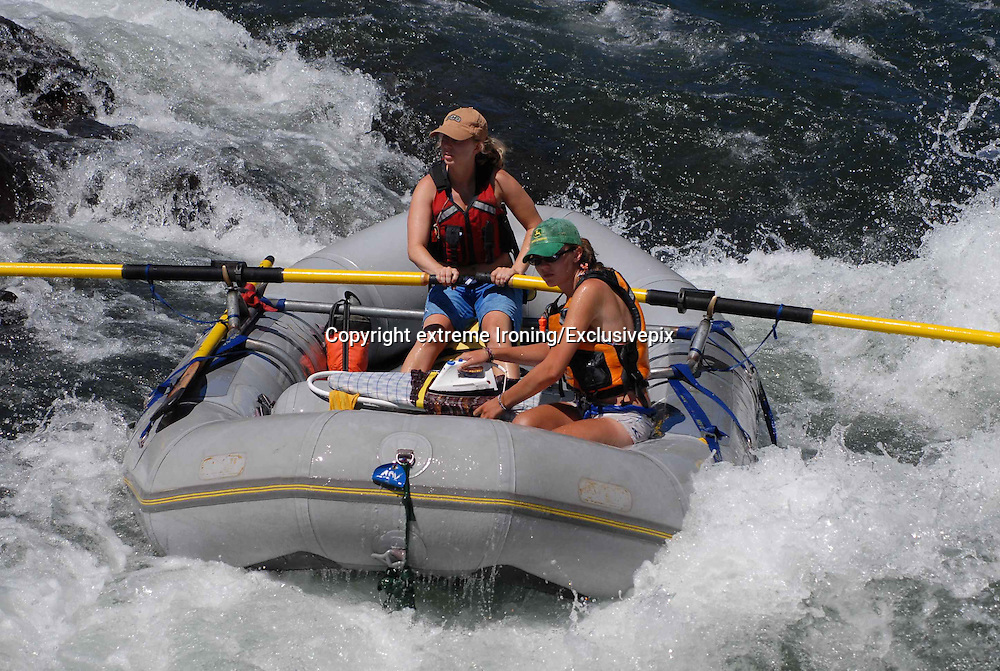