Nara Dreamland opened in 1961, inspired by Disneyland in California. For 45 years its central fantasy castle, massive wooden rollercoaster Aska, and corkscrewing Screwcoaster pulled in the big crowds. By then though it was outdated, and dying a slow death as Universal Studios Japan (built 2001) in nearby Osaka sucked all the oxygen out of the business. It closed its doors permanently in 2006. -
On July 1, 1961, Nara Dreamland opened. The entrance to the park was designed to look almost identical to Disneyland, including the Train depot, a Main Street, U.S.A. and the familiar Sleeping Beauty Castle at the hub. It also had a Matterhorn-type mountain (with a Matterhorn Bobsleds-type ride, called Bobsleigh) with the skyway running through it, as well as an Autopia-type pubs and a monorail. The park also had its own mascots, Ran-chan and Dori-chan, two children dressed as bearskin guards.

It was almost an exact replica of Disneyland, visitors liked going there as it was the closest thing they could get without traveling to US. At its peak, the park had 1.6 million visitors a year.
©Ralph Mirebs/Exclusivepix Media 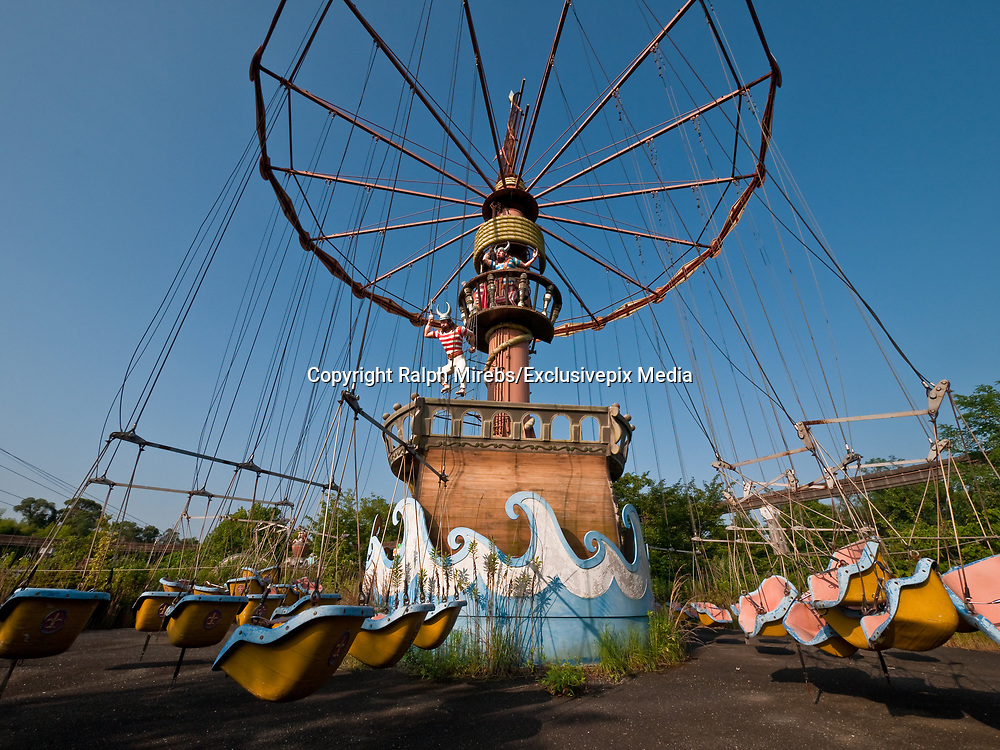