FENGQIU COUNTY, CHINA - MAY 24: (CHINA OUT) Mengmeng, a 5-year-old girl with a giant black patch of melanocytic nevi on her midsection, eats a cracker on May 24, 2014 in Fengqiu County, Henan Province of China. After three years of infertility, Wang Yanna finally gave birth to her first child, Mengmeng, only to find a giant black patch of melanocytic nevi on her midsection. Mengmeng, 5-year-old daughter of Liu Weikai and Wang Yanna from Fengqiu County, is willing to go through pain to get rid of the patch. During a laser operation, Mengmeng cried in pain yet still would not let them stop. Although doctors were able to get rid of the lumps that formed on Mengmeng\'s black patch, none of them knew what to do with the patch itself. Since the patch may become cancerous, Mengmeng\'s parents are worried it will be a threat to their daughter\'s life. Several experts have suggested to graft off the skin but the operation would require hundreds of thousands of dollars, which is unrealistic for Mengmeng\'s family. Mengmeng currently does not go to school, only plays at her front door, and has never worn a dress. (Photo by Hou Jinaxun/ChinaFotoPress)***_*** 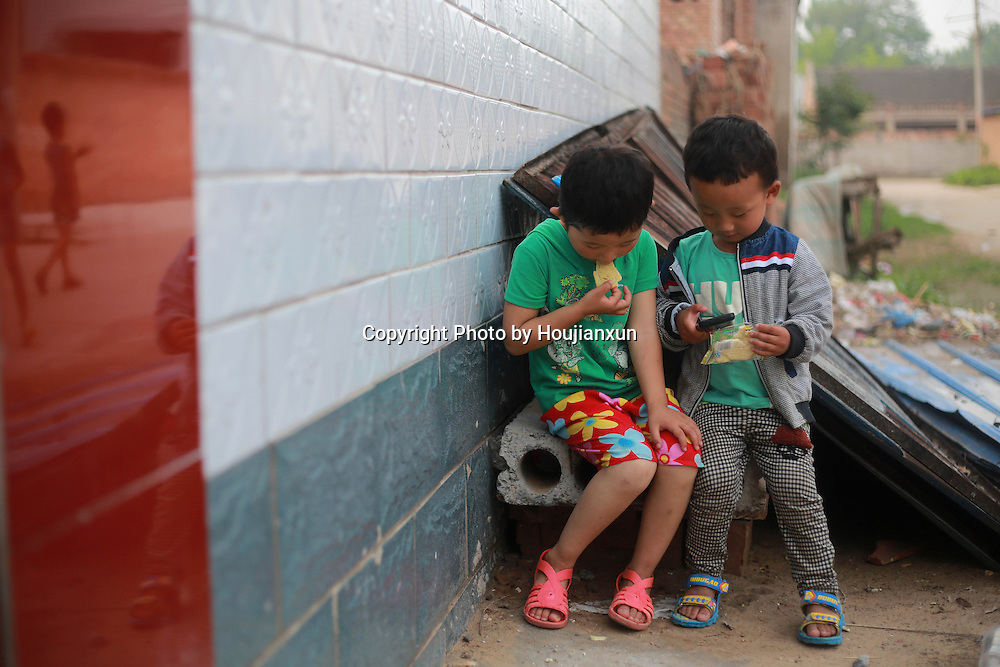