It is the ideal way for travellers to ensure they wake up with the perfect view - a portable eco-capsule that can be set up anywhere in the world.

The innovative, egg-shaped pods ensure travellers can camp in the most extreme corners of the world, with all the luxuries of a hotel room.

Powered solely by solar and wind energy, the tiny home has lets you live off the grid wherever your wanderlust takes you, and even has its own shower and toilet, sleeping area for two, and kitchenette.

Looking like something in a sci-fi movie, the pods are equipped with solar panels, a retractable wind-turbine and can even capture rain water.
It may look like camping, but at least with the EcoCapsules you can look forward to a hot shower and running water on your travels.
The 3306lb pods can be transported on your travels in a sea-container or can be towed on a trailer, meaning the possibilities are endless.

Bratislava-based Nice Architects are behind the quirky sleepers and said they initially designed them for people who stay in the nature for long time, for example scientists, photographers, rangers or extreme tourists.

However it quickly became apparent that they could be opened up to the wider public and even used in urban areas to combat high rent, and placed on roofs for studio space, or living quarters.
©Nice Architects/Exclusivepix Media 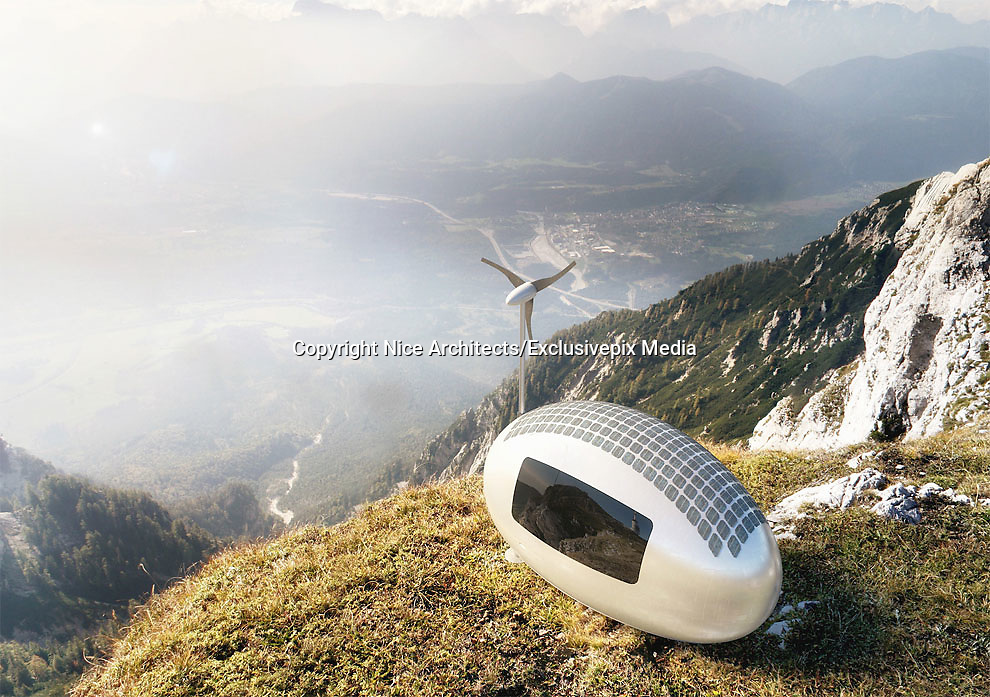