As far as dream jobs go manhandling a 400kg alligator called Brutus wouldn't be one of them, but for keepers at the Australian Reptile Park its just another day at the office. Keepers at the park in Somersby on the Central Coast successfully removed a rogue American alligator from its lagoon of 30 with as little of fuss as possible. ‘He is a younger male, full of testosterone. He’s causing lots of trouble; biting our boat, chasing us around while we’re nest raiding and causing many injuries among the alligators,’ he said.
‘It was critical we caught him and moved him to a time out pen.’
So just how do you move an almost 400kg alligator? With great difficulty as it turned out. But Mr Collett and his team had been through this before and took it all in their stride.
©Exclusivepix Media 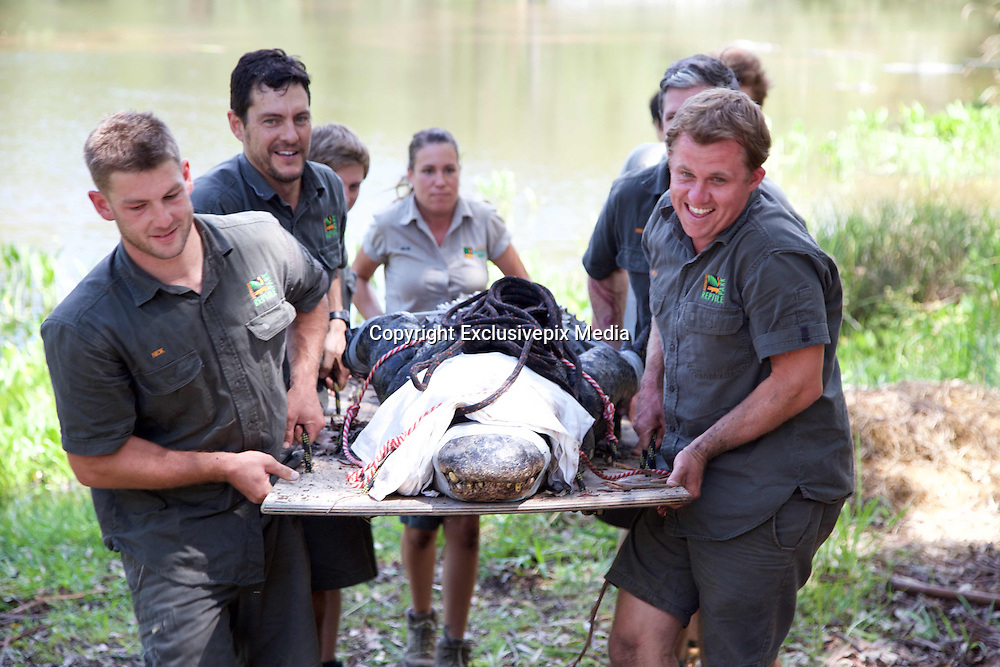