From the 1920s up until World War 2 cigarette companies, sporting magazines and boys’ weeklies included real photo cards of sports stars to collect and swap. These photos of British boxers come from magazines like The Champion, The Magnet and Boy’s Friend and cigarette companies such as Senior Service and Ogdens.

Photo shows: “Bombadier” Billy Wells: The more famous Bully Wells was one of the great heavyweights of the 1910s, winning the British and Empire titles but losing twice to the legendary Georges Carpentier. After 52 fights his looks were intact enough for him to have a brief acting career. Perhaps his best known role was that of the man striking the gong at the beginning of Rank films in the 1930s.
©One mans treasure/Exclusivepix Media 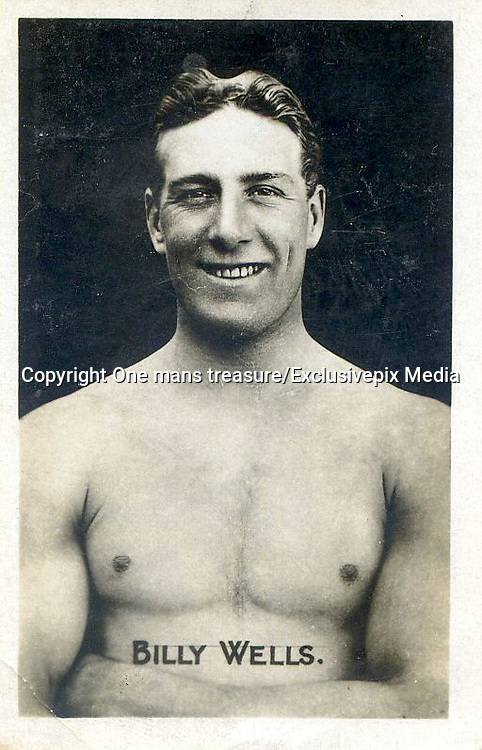