AN East Lancashire vicar is swapped hymns for rock music as he launches a bid for chart success.
Rocking reverend Philip Chew, vicar of St Stephen's CofE Church, Oxford Road, Burnley, and his rock band Revisit are to release a single.
Lead singer Philip, bassist Mark Hurlbut, from Accrington; John Mayor, drums, from Darwen, and lead guitarist, Graham Chapel from Langho formed Revisit six months ago.
Now the band is hoping to release its single We're Under Attack in the next six weeks.
The band, all in their 40s, hopes to get the record played on national radio, but members are remaining tight-lipped about how discussions are going.
Philip writes the songs and uses themes such as morals and encouraging community under-standing.
He said he had been told his singing style and music was similar in sound to The Smiths and U2.
To gauge public opinion Revisit performed its first live gig to young people at the Play Centre, Dall Street, Burnley.
Philip said: "I think it is a misconception that a vicar should just be spending his time in church.
"In Christianity a priest is supposed to be in the world and that's what I am doing.

"We have been back together for about six months but this was the first proper gig we have done.
"We decided to play for the kids to see what they thought and we wanted to give something back to the young people because they do not often see live music in Burnley and going to gigs is expensive.
"The concert went really well, there was a good atmosphere and it got better as it went along. Everybody enjoyed themselves."
The gig included Revisit's own material as well as covers including songs from American punk rockers Green Day and David Bowie.
Philip and Graham, who runs an engineering business, enjoyed limited success and toured the north-west in the post punk era of the 1980s as part of the band Euro-K.
Mark, an optician, and John, a psychiatric nurse, were also members of the Blackburn-based band Th 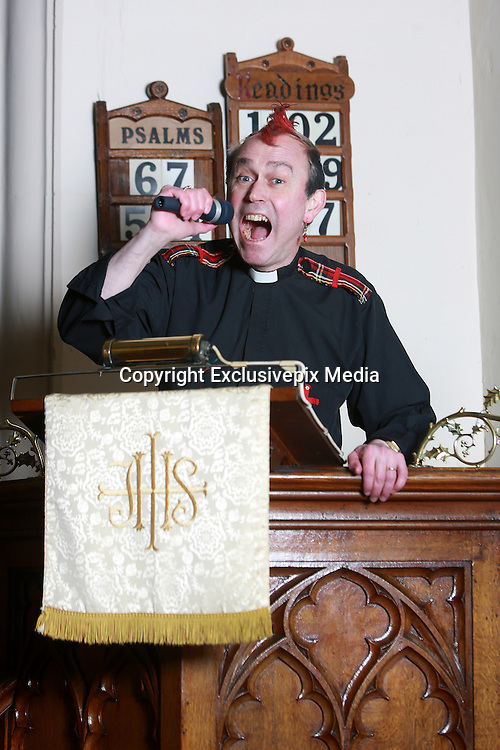