A brave toddler abandoned by his mother after he suffered horrific 75 per cent burns now splashes on the beach - for his first ever holiday.

Matveiko Zakharenko - or Matthew - was being treated for jaundice when the bungling nurse left the room with a nappy covering the light therapy lamp causing it to explode.

Matthew suffered severe 75 per cent burns and 15 per cent internal organ burns that left his tiny body wrapped in bandages at the hospital in Tula, Russia, in November 2014.

Horrified mother Ekaterina Zakharenko, then just 19, gave him up after the accident when she was told he would need decades of skin grafts, surgery and care.

But after a lengthy legal battle families vying to adopt the brave tot - who even won the heart of president Vladimir Putin - he is now settled in a new home and celebrated his second birthday.

Heart-warming footage shows Matthew - affectionately knows as Matvey or Matty - laughing as he splashes around with his adopted older brother in a paddling pool filled with sea water.

His new mother Svetlana, whose full identity and location is protected due to the sensitivity of the case, said she feels like Matthew has always been part of the family.

She said: "This was Matveiko's first time swimming in the sea and flying on an airplane.

''He made new friends. On vacation we all learned that he was a general favorite. He loves to travel, he enjoys sitting down in a child seat car and looking out the window to watch the landscapes.

''We have consulted different specialists and the forecasts give him good health and los of hope for his rehabilitation. All planned operations will begin in the autumn next year. He is the most beautiful, most intelligent boy you could wish for.

''My dream is to hear his first word and see his first steps. Thank you all for your support." 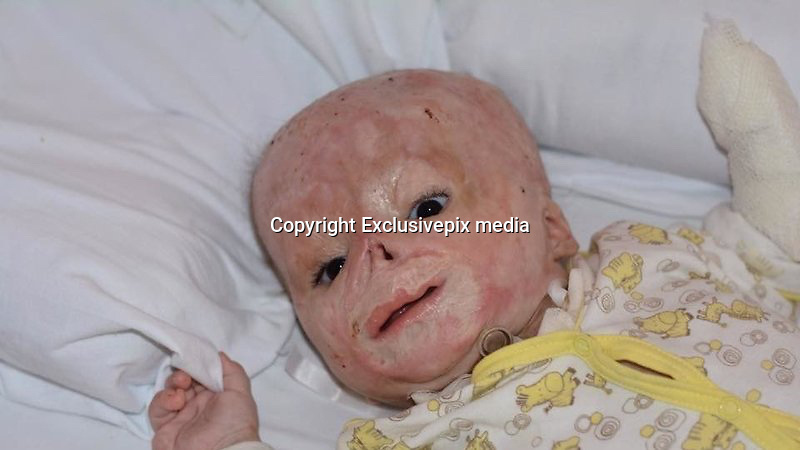