These incredibly detailed pictures of bees will make you think twice about swatting away the stinger plaguing your late summer picnic.
Sam Droege is the head of the U.S. Geological Survey’s Bee Inventory and Monitoring Laboratory in Beltsville, Maryland and for the past six or seven years he and his team of about eight people have been photographing bees and other insects.

‘We really like the idea that all of these pictures are public domain, anyone can grab them for free,’
‘They don’t actually have to attribute them to us. I think it shows that government tax dollars are being used wisely.’
But it wasn’t until around 2010 that the quality of the images got to where they are now.
For years they used simple point and shoot cameras, but then the army shared their technique for capturing insects using macro photography.
Mr Droege says that the army developed the technique when they were dealing with insect infestations and other problems in remote areas.
Macro-photography allowed them to get a high-quality picture and send it to experts for identification.

They passed along their technique to the USGS, and Mr Droege modified it to be done in a lab as opposed to the mobile set-up the army developed.
The macro photography allows you to see every detail of the insect up close without needing to use a microscope.
So far, Mr Droege says he has yet to find an insect that looks ugly when it’s blown up. Even cockroaches look beautiful with their shimmering coloring and sculpturing.
Currently the USGS has posted 1,200 pictures of bees and other insects to its Flickr page.
The pictures are taken using a ‘pretty standard’ Canon  5D II with a 65mm macro lens.
Mr Droege says that it takes about two to four hours to complete one picture, from washing and prepping the bee to photoshopping the image.
The bees are placed on a pin a 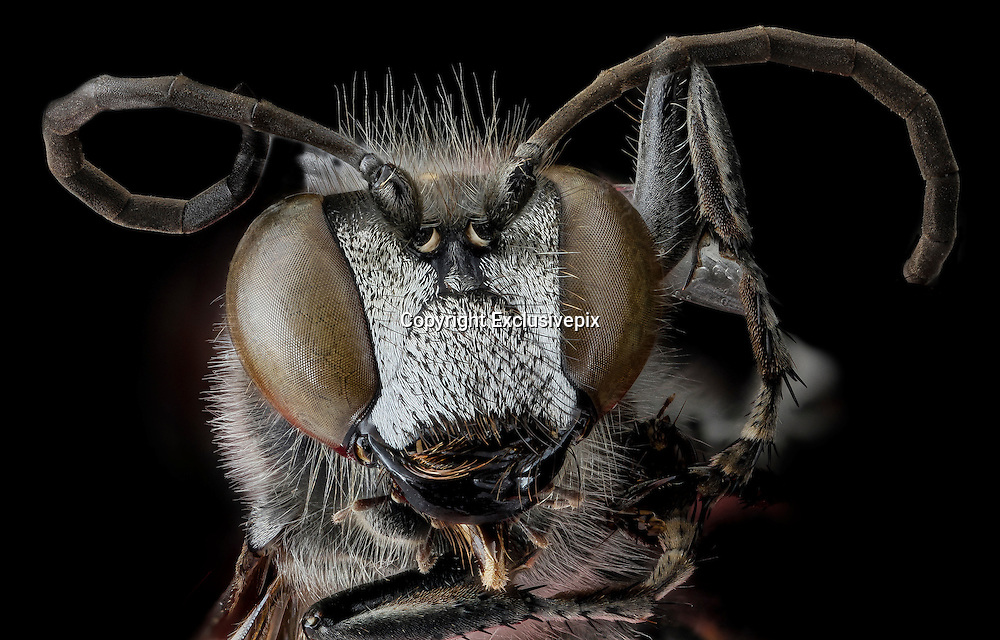