Teen beauties were left disappointed at a UK modelling competition – while a leggy 41-year-old strode into the finals.
Claire Wallace mothered the 16 and 17-year-olds as they nervously waited to hear their fate during the Top Model UK competition in London. While many of the 4,000 hopefuls saw their dreams shattered, Claire and her 34” long legs took it all in her stride as she secured her place in the running for the prize.
She will now battle it out against just 24 others in the Over 25s category, with all but one aged in their 20s and 30s. But, despite her success, the mental health worker, from Harwich, Essex, has no model experience, turning down the opportunity when she herself was 16.
“When I was a teenager, my parents wanted me to do some modelling, but back then I didn’t have the confidence and I was a bit of a rebel so didn’t want to do what they asked. I wanted to travel the world and go to parties. I’ve done all that now, so what is there to lose? ”
Boosting her confidence along the way has been toyboy boyfriend Mark Palmer. But, the 27-year-old isn’t your classic hot model’s trophy partner – instead, Claire says, he’s “short and ginger”.
Claire, towering above her love at 5ft 10ins, said: “He’s got the most wonderful personality. I check with him before doing anything like this.
“There were so many girls at the competition who were nervous. But, I’m older and wiser so I got the young girls together and gave them all hugs.
“I certainly don’t feel 41.”
During the competition, Claire – who doesn’t go to the gym and struggles to PUT ON weight - was asked to strip to her underwear and strut in front of the judges, as her young competitors watched on.
“I was looking at all the other girls who were so young and pretty and I thought ‘what the hell am I doing walking around in my underwear and heels’. I thought they must be looking at me and wondering 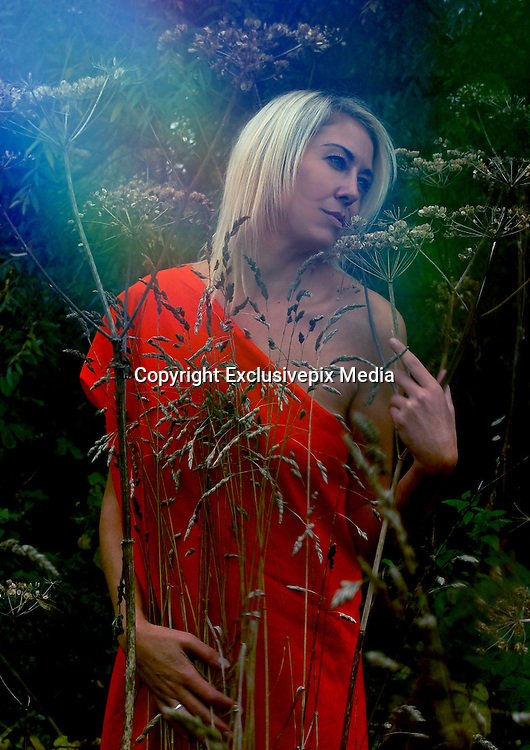