Ambulances carrying coffins of nine drug convicts, including Bali nine duo Andrew Chan and Myuran Sukumaran at Wijayapura port on April 28, 2015 in Cilacap, Central Java, Indonesia.
Condemned Bali Nine duo Andrew Chan and Myuran Sukumaran have been given 72 hours execution notice. The execution could be held as soon as Tuesday midnight on Nusukamban Island where they have been held, awaiting there fate since March 4th, 2015. Chan and Sukumaran were both sentenced to death after being found guilty of attempting to smuggle 8.3kg of heroin valued at around $4 million from Indonesia to Australia along with 7 other accomplices.
©Himawan Nugraha/Exclusivepix Media 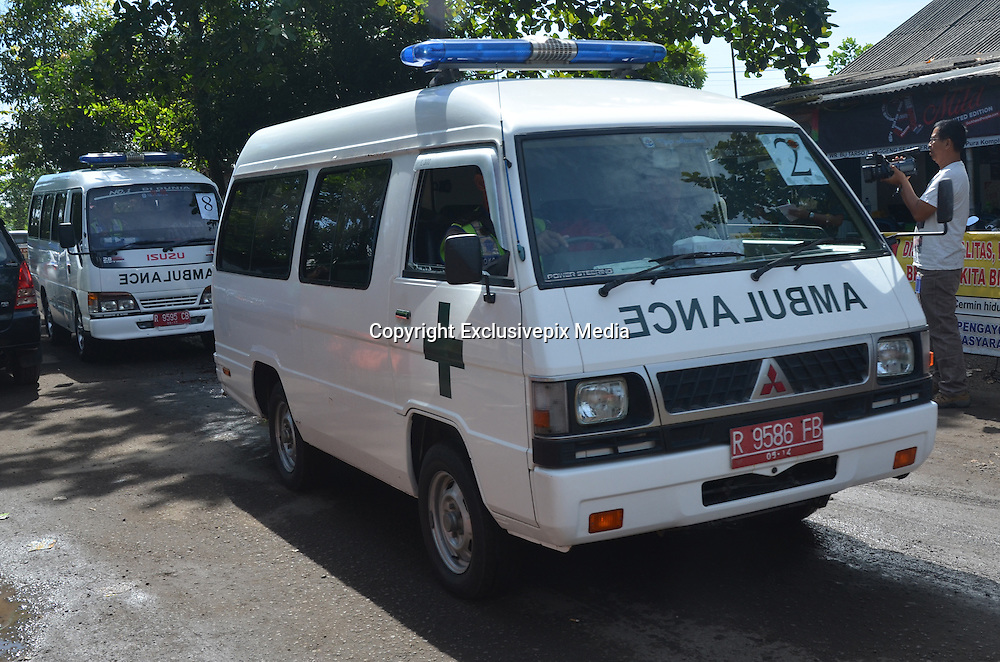