A thankful father is running 52 half marathons in 52 weeks to raise funds for the hospital that saved his baby daughter’s life.
Bob Smith, 31, will cover almost 700 miles in his challenge in aid of The Grand Appeal, the Bristol Children’s Hospital Charity.
In November, Bob’s four-week-old daughter Autumn was rushed to the Paediatric Intensive Care Unit (PICU) at Bristol Children’s Hospital with a life-threatening heart condition called Supraventricular Tachycardia (SVT). She was not responding to treatment and in danger of heart failure.
For 48 hours, Bob and partner Katie waited anxiously as doctors placed Autumn under sedation, lowering her body temperature to 32 degrees and ventilating her through a tube to take the pressure off her heart.
After further intravenous medication, Autumn was gradually brought off ventilation. She was finally allowed home five days later, after time recovering on the High Dependency Unit.While Autumn will require further treatment to manage her condition, she is now a happy and healthy four-month-old baby. To thank the doctors and nurses who saved Autumn’s life, Bob decided to support The Grand Appeal with a year of fundraising!
He has challenged himself to run 52 half marathons in 52 weeks to raise £8,000 – the amount Autumn’s treatment is estimated to have cost. Each half marathon will comprise of a route he has mapped out himself or an organised race event, including the Bath Half on 13 March. Bob, a strength and conditioning coach at the University of Bath, has completed ten half marathons since the start of the year. His epic challenge will see him take in routes and races across Wales, Yorkshire, the West Midlands and Edinburgh.
Bob said: “I can’t describe the gratitude and admiration I have for every person Katie and I encountered at Bristol Children’s Hospital. We were overwhelmed by the care and expertise of every member of staff. They cared for Katie and I with the same compassion as they d 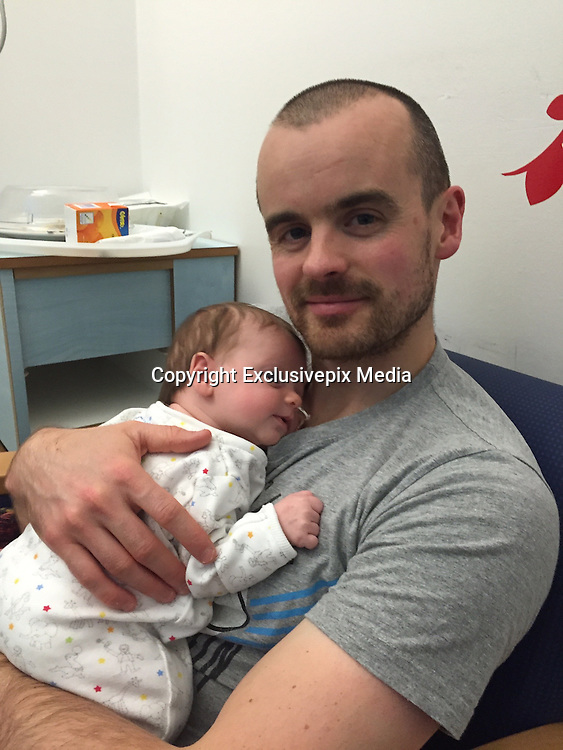