HIGHWAY TO YELL IN NORTH KOREA

HIGHWAY TO YELL IN NORTH KOREA

Taking the highways in North Korea is a great experience as it allows to see the daily life of the country not controled by the government like in Pyongyang. They connect the main towns of the countries and are totally empty of cars. It makes a very strange atmosphere as the roads are as large as airstrips, but in bad shapes with lot of bumpings and holes.
Everything is planned when you travel in North Korea, even the bathrooms stops, as according to the guide, it is too dangerous to stop on the highway to make a pee stop!
Some shops in the middle of nowhere welcome you for a relaxing moment where one more time, you’ll be able to read some propaganda on the walls. It will also allow your driver to buy cheap Soju (rice alcool) that they drink like Red Bulls but with different side effects!

Photo Shows: I saw really few cars during all my trips on the highways of North Korea during my 6 trips, but i was lucky to see an american... Hummer! My guides were rather annoyed as they know how symbolic is this car in their country where verything is rationned out ... it was the fist time that i heard them criticised something from their system.
©Eric Lafforgue/Exclusivepix Media 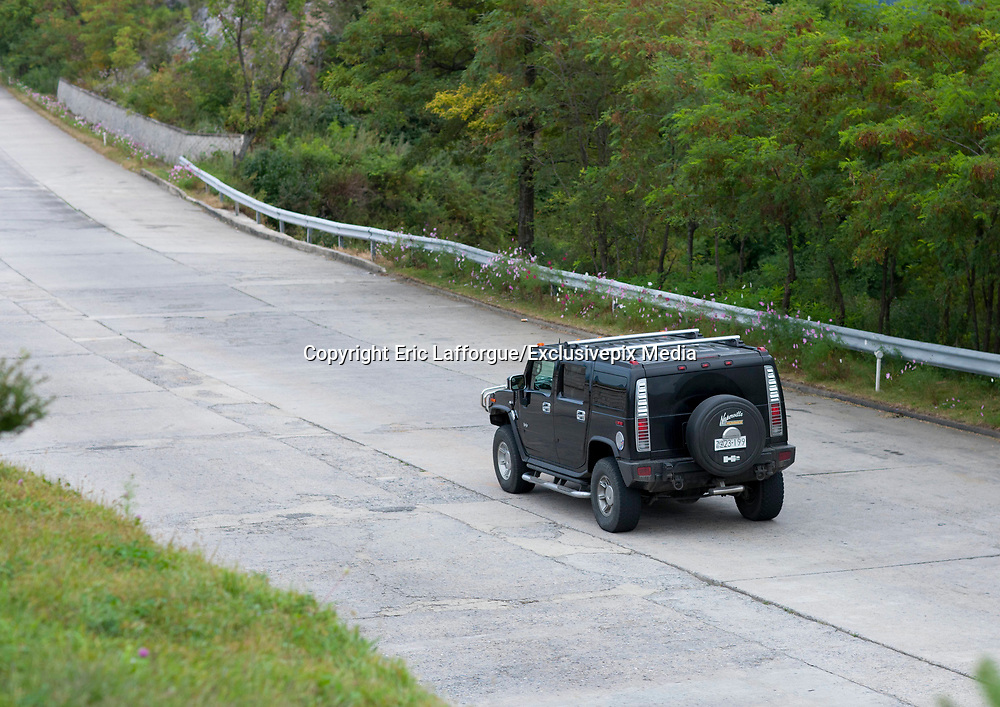