Police soldiers search on the ruins where used to be Durbar Square on April 26, 2105 in Kathmandu, Nepal. A 8.1-magnitude earthquake struck Nepal on Saturday and the earthquake felt in southeast China\'s Tibet Autonomous Region which brought some houses into collapse. While another 7.1-magnitude earthquake hit the county again the following day afternoon. Chinese government sent out Sichuan Rescue Team, the only one national emergency medical rescue team who could settle camps above an altitude of 3500 meters, to Nepal to support local rescue work and international assistance were also sent to the disaster areas. The earthquake had caused at least 3218 people to death and parts of Chinese visitors were detained in Nepal by Monday morning.
©Exclusivepix Media 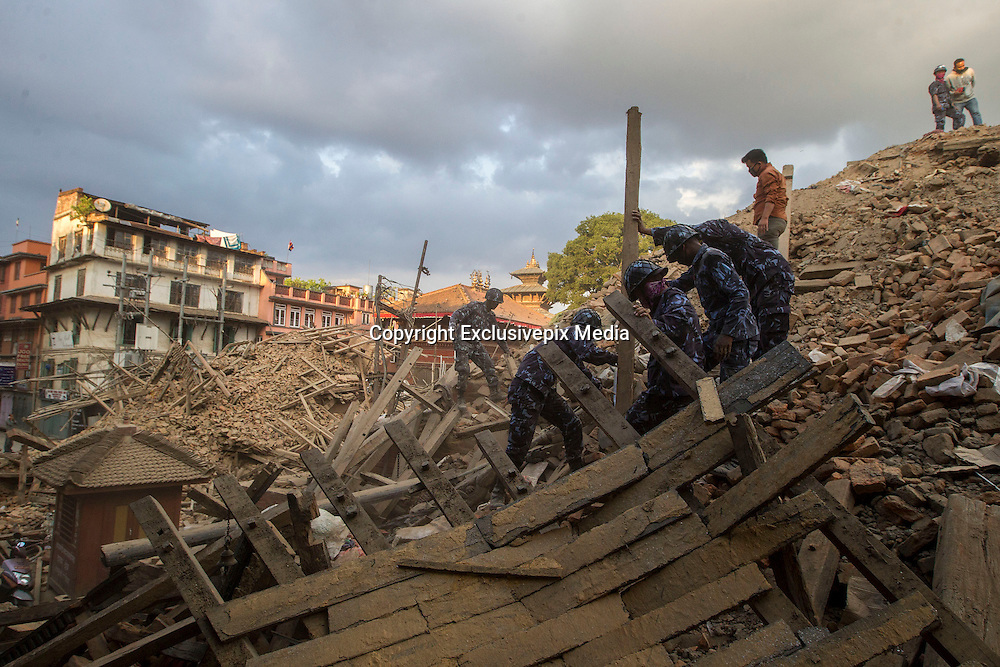