Photographs of Prince Harry wrestling a monster crocodile in the Northern Territory from the water have emerged - and it seems like the royal was up to the task.
The fifth in line to the throne took time out of his busy month-long tour of Australia to help the NT Parks and Wildlife crocodile management team catch a 3.1metre beast.
In pictures, the royal seems at ease and enjoying himself as he helps wildlife rangers hoist the saltwater crocodile out of Darwin Harbour, near the territory's capital.

Senior wildlife ranger Tom Nichols said Prince Harry introduced himself and spoke to everyone on the boat.
He confirmed the visit happened about three weeks ago but as per the royal's request photographs of the trip were not released until after he left the country.
'We spoke mainly about our crocodile management program and Darwin in general,' Mr Nichols said.
'He said he was enjoying his time in Darwin. He was with the army at the time and he had two days spare and that was why he was there.

He wasn't put in any danger, he was holding the rope and he sat on top of the crocodile. But he did enjoy what he was doing it and he appreciated it.'
Mr Nichols also added in an online statement Prince Harry showed a keen interest in the roles of the rangers.
'He seemed to have a great time and was relaxed and obviously has a great sense of humour,' the senior wildlife ranger said.
'It was the first time any of us had met a member of the royal family and we were all very excited.'


Wildlife ranger Erin Britton said Prince Harry had no issues getting hands-on with the large crocodile.
'He'd make a great croc catcher. He responded to directions when catching the croc, helped pull it into the boat, and did a great job,' she said.
'I wasn't sure what to expect at first because you don't meet royalty every day, but I found him very appr 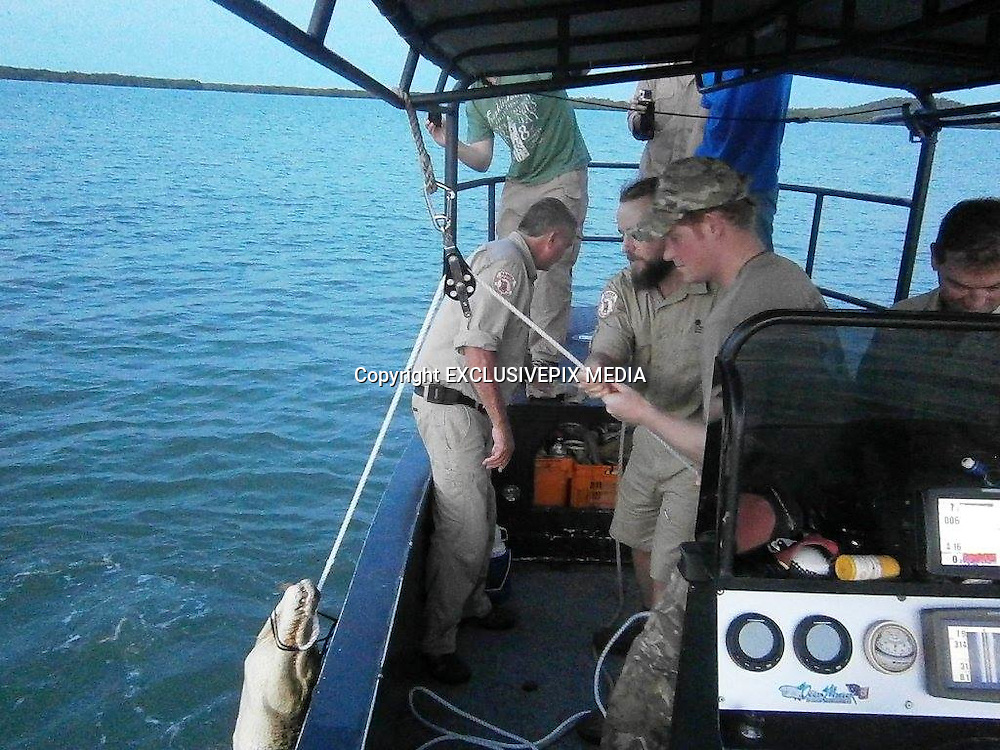