FIRST PHOTOS OF SHAKIRA AFTER THE RUMOURED NEWS OF HER SECOND PREGNANCY.

Barcelona, 15th December 2013
FIRST PHOTOS OF SHAKIRA AFTER THE RUMOURED NEWS OF HER SECOND PREGNANCY.

Colombian star singer has returned home in Barcelona after spending much time in Los Angeles as jury of the Voice, and just after the recent rumoured news that she might be pregnant again, news still not confirmed by the couple.
Shakira has returned to Barcelona to meet Gerard Pique and spend together the Christmas season with him and their baby son Milan.
Shakira, who in the case is pregnant again still has not evident signs of baby bump, and even was quite slim, was photographed holding her son Milan, after taking him from nanny.
©Exclusivepix 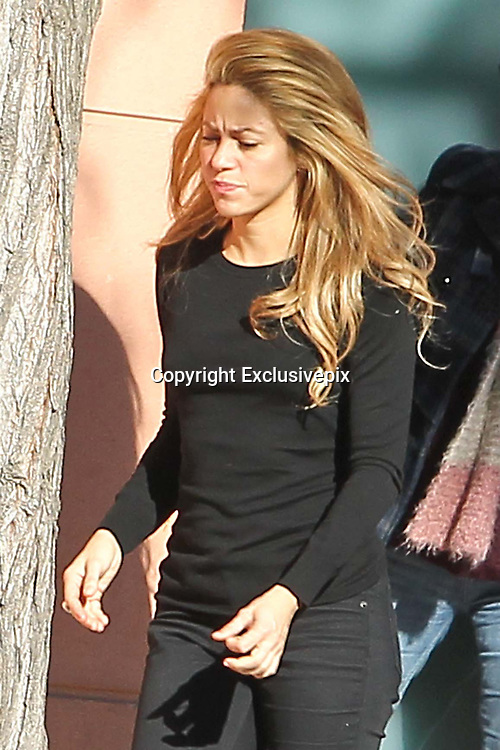