A sexy barmaid has infuriated wives and girlfriends of a small Italian town after she began serving cappuccinos and beers in skimpy revealing outfits.
Laura Maggi, 34, who runs a bar called Le Cafe, has dominated newspapers and TV chat shows, after pictures of her dressed in barely anything appeared on the internet and a Facebook page dedicated to her has also been set up, with more than 5,000 friends.
Since she began appearing behind the bar frothing up cappuccino and serving drinks dressed in skimpy black outfits and tinsel trimmed bras, punters have flocking to her bar - so much so that the mayor is now considering an emergency bylaw to cope with the huge amount of traffic and double parked cars.

However the women folk of Bagnolo Mella, near Brescia, which is where Manchester City ace Mario Balotelli is from, are up in arms and several of them appeared on TV chat shows today describing how they had banned their partners from going to Le Cafe.

One said:'It is outrageous and should not be allowed. This town is quiet and respectable now we are known across the whole country because of the little amount of clothing this barmaid is wearing to serve drinks. The women in town are not very happy and we have complained to the council.'
Bagnolo's mayor Cristina Almici has also banned her husband from going to Laura's bar and said:'We have received several complaints from women in the town about the bar and we are looking at what we can do with regard to public order.
'There has been a huge influx of traffic into the town since the news of Laura started to spread and this has led to incidents if bad parking and some minor acts of vandalism but in essence there is not much we can do she has a licence and can stay open.
'We can't stop people from going to her bar and I know it is very popular with men in the town - personally I don't see any problem with h 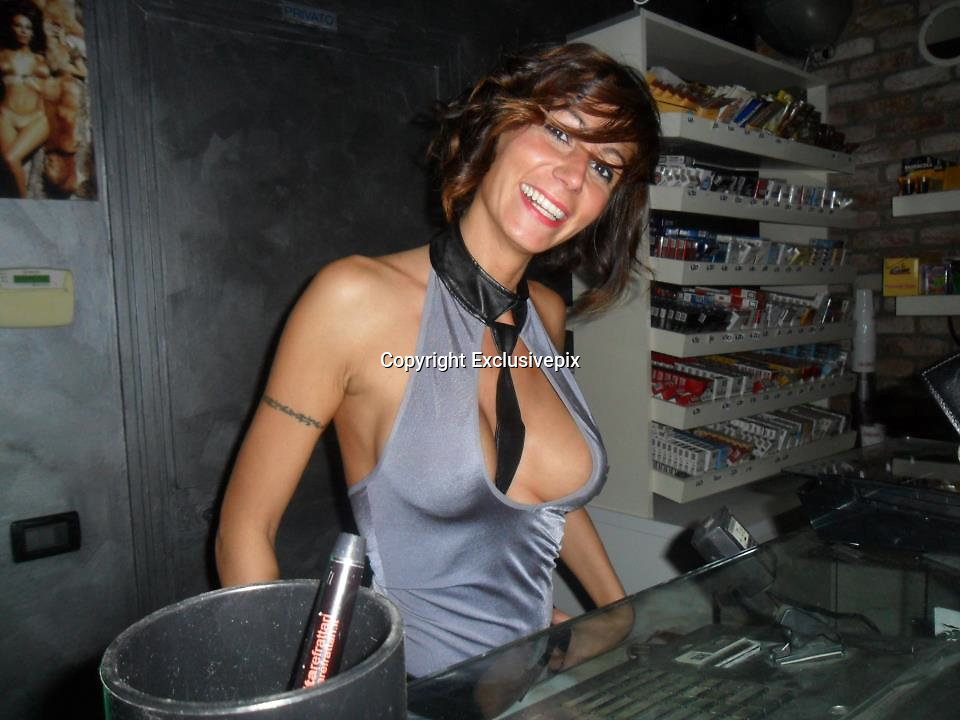