One of the most spectacular ceremonies in the Lower Omo Valley is the UKULI BULA ceremony of the Hamar tribal group; it’s effectively a Rite-of-Passage from boy to manhood. And marriage.
To reach manhood, Hamar boys must undergo two rituals: circumcision and a leap over the bulls. This determines whether the young Hamar male is ready to make the social jump from youth to adulthood.
After a successful bull-jump - always naked - the Hamar boy, now a Maz - a mature member of the society - may get married.
At every ceremony around two hundred members of the Hamar (also spelt Hamer) participate in this life-changing event. 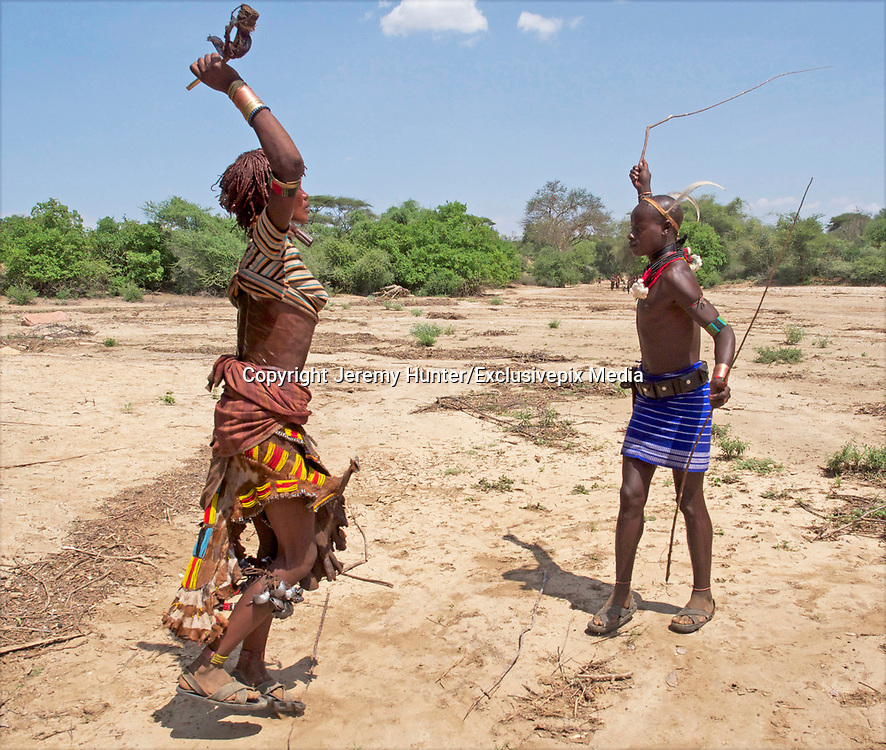