Two men stand in a box painted as the traffic light to direct traffic on the road on October 26, 2015 in Shijiazhuang, Hebei Province of China. As the traffic light hadn't worked for a long time at a crossing, two men who worked in a nearby company stood in a box which was painted red lights on two opposite sides and green lights on other two opposite sides to direct traffic voluntarily on the road. Relevant departments started to solve the problem of the broken traffic light, and the traffic police would guide the cars on rush hours.
©Exclusivepix Media 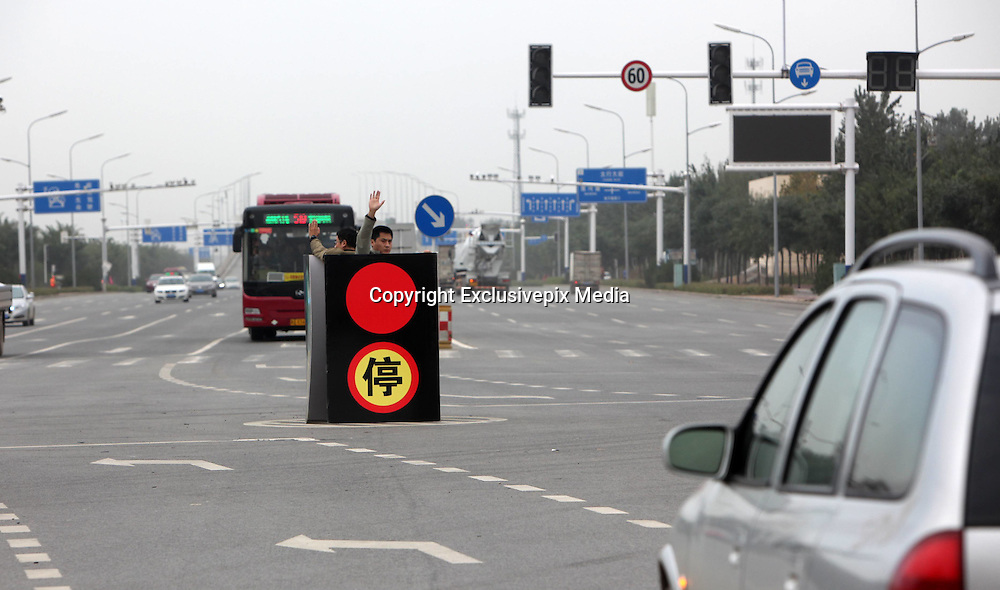